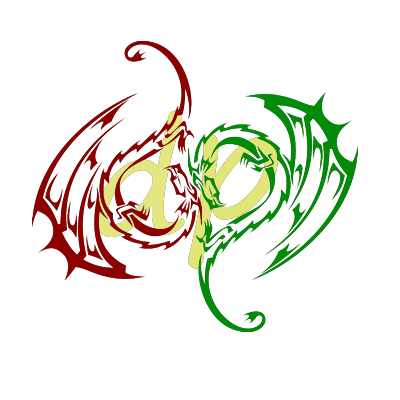 Touhou Ryurakuen ~ Dragon Paradise (東方神霊廟 ～ Dragon Paradise, lit "Eastern Dragon Paradise"), known as Th13.5 or DPth is the first official fangame from the DP series. The game is currently being developed, it is meant to be a crossover between Touhou and Dragon Paradise. A demo is in the works.

The game plays like any official Touhou game. However there has been the addition of the Mystic Gauge. It's a bar at the lower bottom of the screen which fills defeating enemies and earning bonuses. When the bars fills by gathering mist there can be some different effects.

The game is set sometime after DP8. Auraldo is already an angel and controls light & darkness. It's a crossover after some mysterious mist gathers from Dragon Paradise to Gensokyo.

It is only known that there will be 3 playble characters. Reimu Hakurei, Marisa Kirisame and Sanae Kotiya. The incident this time is a mist that have settled in Gensokyo and causes shadows of creatures that look similar to Dragons to haunt the Youkai and Humans.

Music is know to be used in future stories.

The creator of the project is hiring people to help into the project.